Black History Month was started primarily by a man named Carter G. Woodson.  He was a teacher and was the second African American man to obtain a doctorate from Harvard University.  In 1915, he attended a celebration in Chicago that celebrated 50 years of slavery ending.  This celebration had a huge impact on Woodson and he and four other men formed the ASNLH (Association for the Study of Negro Life and History).  This association went on to publish the Journal of Negro History.

Woodson did not feel that the books used in schools at the time showed the history and achievements of African Americans.  He wanted a way to promote this history and to educate people on it.  So in 1926, he proposed the idea of "Negro History Week."  He chose the second week in February because it held birthdays for two very significant people in the fight for African Americans: Abraham Lincoln and Frederick Douglass.  This idea caught on fairly quickly and the ASNLH started publishing materials to give schools to help with lesson plans to promote the week.  In 1937, the ASNLH began publishing Negro History Bulletin which focused on materials for a theme for Negro History Week.  To this day, there is still a theme for each year.  This year's theme is Civil Rights in America. 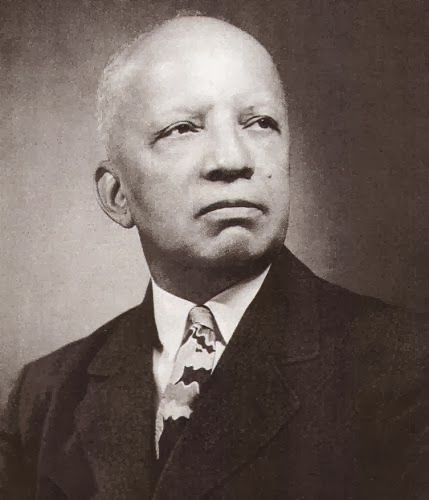 Posted by Vise Library Staff at 12:32 PM No comments:

This summer, members of the Vise Library are participating in a Young Adult Summer Reading Challenge. We have received copies of s...